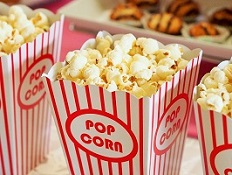 Film reviews are usually written by journalists around the time of the release of the film.  They are written for the public and describe the characters and plot to help readers decide whether to see the film.

Film criticism is typically written by scholars who analyze the film in terms of the genre and the historical and cultural significance of the film.  It may be written many years after the release of the film.

Having trouble finding anything?  Contact me or any of the librarians:

Useful Sources outside of MCC