A political party is a group of registered voters organized to support often common views and certain policies. The prime aim of a political party is to contest election and elect official who will carry out the party’s policies by holding power in the government. The Democratic Party and the Republican Party, sometimes referred to as the Major Parties, are the two largest political parties in the US. Both parties are recognized and on the ballot in all 50 states plus Washington, DC. In addition to the two major parties, there are a number of minor parties, often called Third Parties. The largest Third Parties in the US are The Libertarian Party (recognized in 39 states) and  The Green Party (recognized in 27 states). There are dozens of smaller third parties (Ballotpedia). 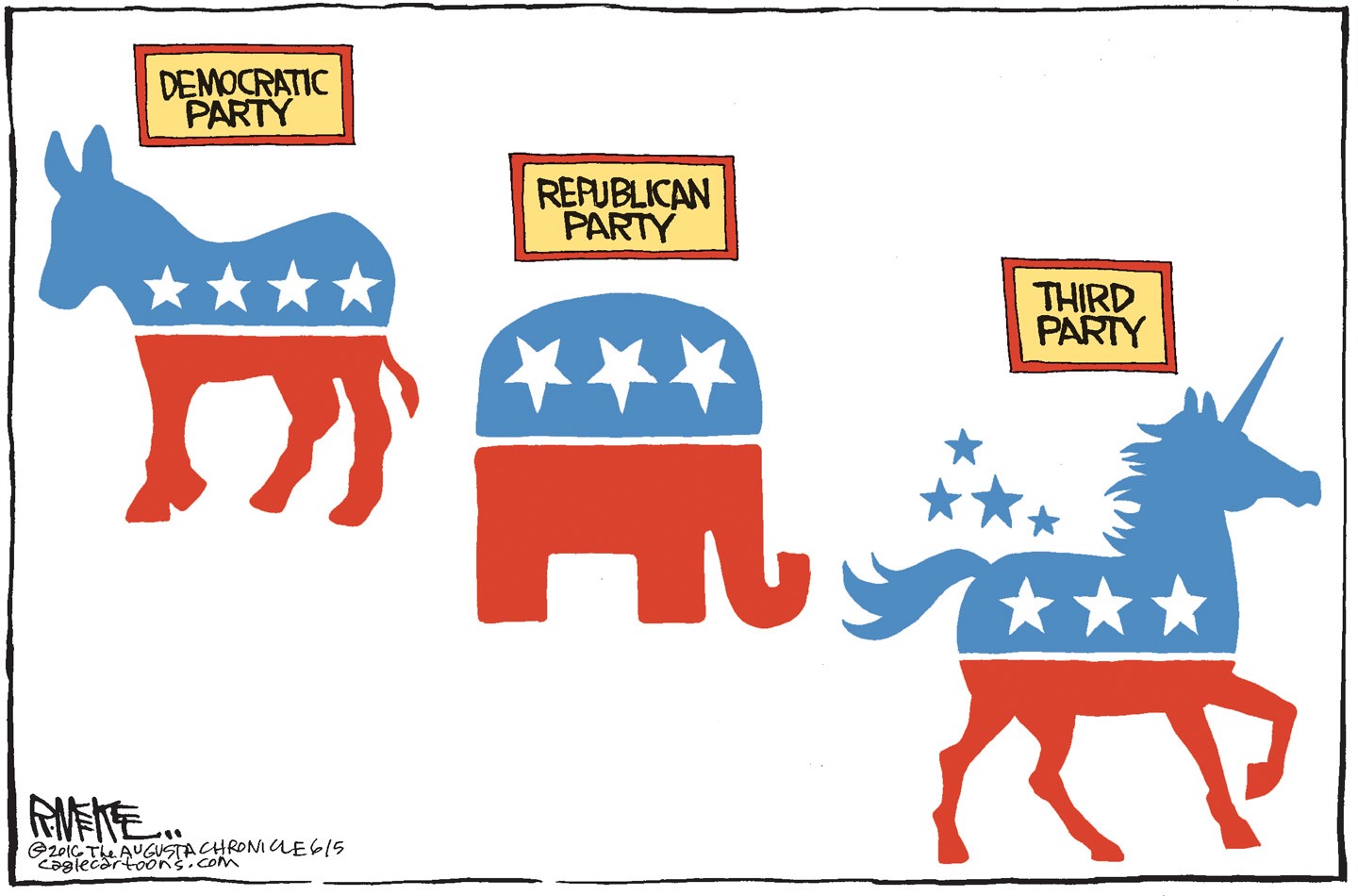 Take this quiz and find out where you fall on the political spectrum from The Pew Research Center.